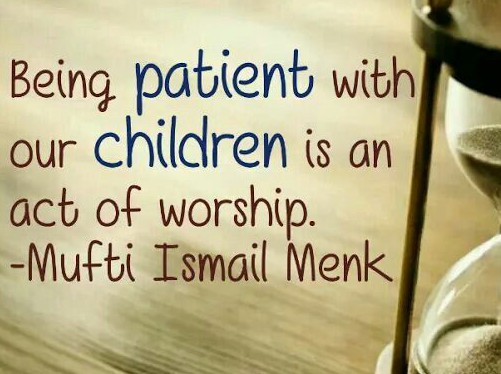 The Hajj performed by a child is valid whether that child is discerning or not. Ibn ‘Abbas radhiAllahu ‘anhu said, “A woman lifted up her young boy and said, ‘O Messenger of Allah, would this child be credited for performing Hajj?’ He answered: ‘Yes, and there would be a reward for you.’” [Muslim]

However, this Hajj does not exempt the child from performing the obligatory Hajj that is to be performed once during one’s lifetime. So, that child has to perform another Hajj after reaching the age of puberty in case of ability. The Prophet salAllahu ‘alayhi wa sallam said,

“If a child performs Hajj and then reaches the age of puberty, he should perform another Hajj…” [Al-Bayhaqi (Al-Albaani: Saheeh)]

Scholars unanimously agree on the obligation of Ihraam [sacral state] upon the child who intends to perform Hajj or ‘Umrah just like adults. However, they draw a distinction between the discerning and non-discerning child. If the child is non-discerning, the guardian who tends to his affairs, whether the father, mother, etc., should intend Ihraam on behalf of the child. For example, he may say, that he intends to make this child perform Hajj, or something to this effect. If the child is discerning, the guardian should order him to intend the Ihraam.

[Productive Tips When Going on Hajj with the Kids]

Upon intending Ihraam, the guardian should wash him, make him wear lower and upper garments, clean him and make him avoid the prohibitions of Ihraam; such as wearing perfume, covering the head for the male child, shaving his hair, wearing form-fitting clothes, clipping nails, etc. With regard to the female child, it is forbidden to wear Niqaab or gloves.

If the child commits any violation of Ihraam, like covering his head or shaving his hair or wearing perfume or the like of that, according to sound opinion, there is nothing upon him.

Whatever ritual the child is able to do by himself, he should do it by himself; such as staying at ‘Arafah, spending the night at Mina and Al-Muzdalifah, Tawaaf and Sa‘y. Whatever ritual the child is unable to do by himself, it should be done on his behalf; such as throwing the pebbles. Jaabir radhiAllahu ‘anhu said, “I performed Hajj with the Prophet salAllahu ‘alayhi wa sallam and there were with us women in postpartum bleeding and children. We made Talbiyah and threw pebbles on behalf of the children.” [Ibn Maajah]

Ibn Al-Munthir said, “Every scholar whom I learned from sees that it is permissible to throw pebbles on behalf of the child who is unable to do so by himself. Ibn ‘Umar used to do so.”

If the child is unable to make Tawaaf and Sa’y, it is permissible for the guardian to make Tawaaf and Sa’y carrying him, taking into consideration that the Ka’abah should be to the left of the child. It is permissible to perform one Tawaaf for oneself and for the child according to the sound opinion since the Prophet salAllahu ‘alayhi wa sallam did not command the woman who asked him about the Hajj of the child to make a separate Tawaaf for the child. Had making a separate Tawaaf for the child been obligatory, the Prophet salAllahu ‘alayhi wa sallam would have clarified it.

If the child assumes Ihraam to perform Hajj or ‘Umrah, it is not obligatory upon him to complete the rituals according to the sound opinion of scholars because the child is not competent for religious assignments. This ruling is merciful to people, for perhaps some people think that Ihraam for the child is an easy matter and then it turns out to be a difficult condition.