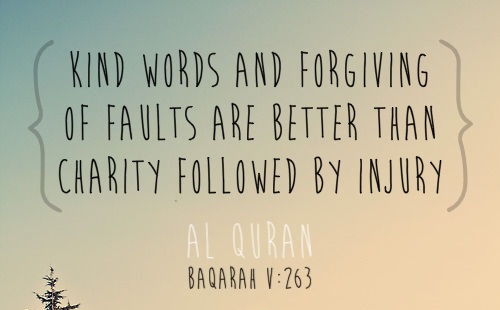 After the splitting of the Prophet’s chest, his nurse Haleema got terrified and feared for his well-being. She decided it was best to return the little boy to his family.

In the Lap of Mother Aminah

Haleema Sa’adia informed the Prophet’s mother of the incident, however, Aminah was not surprised to hear it. She shared that when she had given birth to Muhammad salAllahu ‘alayhi wa sallam she saw a light leaving her womb that illuminated the castles of Shaam (present day Syria, Palestine, Jordon and Lebanon). The mother knew that the boy was special.

From this incident we learn two main things: the truthfulness of Haleema Sa’adia and the courage of the mother.

When you leave your children with your maids, do they tell you all that happened in your absence? A maid would try to cover up the event so that there is no blame on her. But Haleema Sa’adia was honest and did not hide anything from the family who had trusted her with their little boy.

When Lady Aminah hears the incident, she does not start screaming, grabs her child tightly or scolds the maid. Rather, she is calm and composed. She knew that her boy was special, and such an unusual event did not startle her.

If a mother is not strong and courageous, she cannot raise confident and independent children. The children are silent observers; they learn everything from their environment. A mother needs to build courage or at least pretend before her children that she IS a strong woman.

[12 Ways to Raise a Competent, Confident Child with Grit]

After being returned to the family, ‘Abd al-Muttalib and Lady Aminah decided to take little Muhammad salAllahu ‘alayhi wa sallam to his father’s grave in Madinah. Madinah was the birth place of ‘Abd al-Muttalib. His maternal relatives still lived in the city, so the family decided to stay there for some time. After a month’s stay, upon journeying back to Makkah, Lady Aminah fell sick and died at a place called Abwa. Little Muhammad salAllahu ‘alayhi wa sallam was then 6 years old.

In the Care of Grandfather, ‘Abd al-Muttalib

‘Abd al-Muttalib took little Muhammad salAllahu ‘alayhi wa sallam and returned to Makkah. He grieved for the little boy who not only did not see his father, but now had also lost his mother. Like his father ‘Abdullah, Muhammad salAllahu ‘alayhi wa sallam was dear to ‘Abd al-Muttalib. His heart was filled with special kind of love for him and would not lose sight of his grandson.

Despite being a small boy, the grandfather treated him with respect and grace. Ibn Ishaq records: A spread would be set for ‘Abd al-Muttalib in the shade of Ka’abah. His sons would seat themselves around the spread waiting for the head of the family. None of the sons would sit on the spread out of respect for their father. Little Muhammad, however, would come and sit right on the spread without waiting for anyone. When his uncles would step forward to remove him, the grandfather would scold them saying, “Leave my son alone.”

The grandfather would make him sit close, rub his back and observe as little Muhammad carried himself. He was certain that one day, his grandson Muhammad would lead nations.

As stated earlier, our understanding of the pre-Islamic Arabia is limited. We believe that they were barbaric uncultured people. But in the story of Muhammad salAllahu ‘alayhi wa sallam we see what a loving family he came from! The orphan child keeps changing homes and each person treats him with utmost respect and care.

At the age of 6 or 7, when we do not hold ourselves back from scolding a child or treating him unjustly, look at the grandfather who scolds his grown up sons for removing his grandson. It is this love and respect shown to a child at a young age that helps him reciprocate the kindness as he grows up.

[Stop Being So Stern (What to do Instead)]

If a family treats their own children with harshness, how then, can they expect their children to not abandon them when they grow up? If a child does not find love and kindness in his home, he is bound to seek it and find it somewhere else. And many times, these are not the right places. May Allah subhanahu wa ta’ala prevent our children from falling into wrong hands and soften our hearts toward them, aameen.

Islam teaches us to be to extra kind and nurturing toward children until they turn seven. They should not be criticized, rebuked or beaten. Sadly, we treat small children as our equals and say anything to them without thinking its hostile effects on their fragile minds.

[Adapted from the talks of Dr. Farhat Hashmi on the book: Tajjaliyat e Nabuwat by Maulana Safi ur Rahman Mubarakpuri. Some material has also been taken from Imam Ibn Katheer’s book: Al-Seerah Al-Nabawiya]