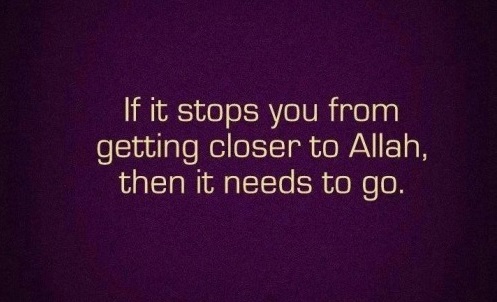 Ethiopian Luqman was the slave of a person; his master took him to the marketplace to sell him. Whenever someone showed interest in purchasing him, Luqman would ask the person what he would do with him. The person would say: I will take such-and-such task from you. He would request them not to buy him. Then a man came and he asked him what are you going to do with me. He replied, “I want to take you as a watchman.” The Ethiopian slave said, “Buy me!” The man purchased the slave and took him home.

His master had three daughters who were indulged in immoral acts. The man wanted to tend to his agricultural land, so he said to Luqman, “I have provided the girls their food and other things of necessities, when I leave lock the door and do not open it until I return.”

When he left, girls came to Luqman and asked him to open the door. When Luqman refused, they injured his head. He washed his blood and sat back at his place undeterred by what the girls had done to him. He didn’t say anything to his master when he returned. The master again decided to go out, he said to Luqman, “I have provided the girls their food and other necessities, do not open the door.”

The eldest of the three said, “What is the condition of this Ethiopian slave, is he more deserving of obeying Allah azzwa jal than me? By Allah! I will definitely repent.” And so she repented.

The youngest of the three said, “What is the condition of this Ethiopian slave and the eldest sister? Are they more deserving of obeying Allah azzwa jal than me? I will definitely repent.” And so she repented as well.

And the middle sister said, “What happened to these two girls and what happened to the Ethiopian slave? Are they more capable of obeying Allah azzwa jal than me? By Allah! I will definitely repent.” And so she repented as well.

The immoral people of the village said, “What is the condition of this Ethiopian and the daughters of so-and-so? Are they more deserving of obeying Allah azzwa jal than us?” So they too repented to Allah azzwa jal and they became from the worshiping people.

This story has many lessons for us.

First, we learn that the Ethiopian slave was a wise man. Although, he had been presented to be sold and there were buyers for him, he did not want to do just about any kind of job. He knew what he was capable of and what work he wanted to do. Many times we make wrong career choices despite having wealth and recognized degrees. We accept just about any kind of work (including working in banks, insurance companies, tobacco industry and fashion industry) without considering if that is even permissible in Islam. We all should look at our capabilities and choose that which is pleasing to Allah subhanahu wa ta’ala.

[The Moral Loss of Jews]

Second lesson that we learn is honesty. We all want high-paying jobs and higher responsibilities, but how many of us are sincere in their assigned tasks? Many people waste time talking on phone, using office supplies for personal use, being idle and so on. The man was injured twice but he did not leave his place or give up. He was hired for the job and he knew that he had to honor the commitment. What stops us from being honest at our workplaces and in our personal lives?

We also learn that the conduct of one person changed others. All it takes for things to 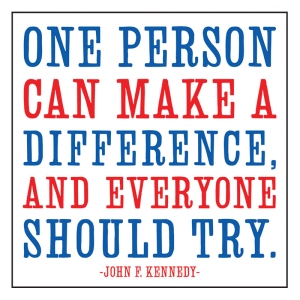 change is the initiative of one person. All of us can be an example for others especially if we are elder or are at a responsible position such as a teacher. How is our conduct? And what are we inspiring people to do?

We see that the man does not tell anything to the father. He did not blame the father for raising such immoral girls. He performs his duty, faces the hardships and does not utter a word of complaint. Sometimes when people leave their children with others, upon their return the other person (babysitter) does not leave out a single mistake or misbehavior of the children. They narrate everything even if that leads to parents fighting among themselves and beating their children. Sometimes this is not done by someone else but the mother. She complains to the father about the children. It becomes a routine. The father exhausted from work opts for the easier choice and starts scolding the children. What happens as a result? Children lose respect for their parents and distance away from them.

Married couples also do this in their private matters. Sister-in-law says something to the wife, the wife complains to the husband; the husband listens but does not say anything, the wife then complains to her mother, then her father, then her siblings, then friends and so on. A small matter is turned into a family dispute. Sometimes it is the husband who cannot forego his wife’s tiniest mistake and shares everything with his mother or sisters. Inviting other’s interference in our private matters is a trap that we set for ourselves.

What would happen if we complain only to Allah subhanahu wa ta’ala and overlook other people’s errors? What if do not react to minute things? If all of us commit to not sharing our trivialities, there is a great hope that we all will become a bit content with our lives. When friends gather, it has become a norm that you “complain” about others and your life’s miseries. Remember, this is not just an Islamic etiquette but also one of the social graces to not speak about your ills in public. Even if it might be a health issue; keep it to yourself. Consult a doctor. The more we discuss with others, the more we long for someone to talk to. (Remember this advice is for trivial matters only and not if you are in a threatening condition such as physical or emotional abuse.)

The Ethiopian slave teaches us the virtue of holding back our tongues. It is not important to always be complaining of our ordeal. We should learn to let go. And if we keep our matters private with Allah subhanahu wa ta’ala He will make a way out in the best way.

Many times we are searching for people to hear us out. We do not rest unless we have

narrated tales of our sorrows to others and then when we reach the prayer mat our hearts are empty. We have cried so much in front of the creation that we have nothing left to share with the Creator. Why can’t we learn to talk less and keep a lock on our private matters? Why do we have to throw our dirty laundry out for others to comment on? Why can’t we respect ourselves?

There are many virtues of talking less and remaining silent, if only we understand.

Talking too much takes away the time for thikr and gives people an open opportunity to comment on our lives.

We also learn the responsibility of a father. A man is not just the head of the family, he is also the protector and maintainer. It is his responsibility to look after the well-being of his family including building of their character. The father did not leave for work being oblivious to what happens behind his back. He made arrangements to stop his daughters from the act that they had fallen into. In absence of fathers and brothers, women of the family are bound to err. It is a blessing if you have a family head.

Men understand your responsibility; you are the shepherd of your family. You will be answerable to Allah subhanahu wa ta’ala regarding how you treat your family and how you keep them.

May Allah subhanahu wa ta’ala protect our homes, allow us to be honest to our responsibilities (no matter how small they are) and control our tongues from complaining and excessive talking. May He enable us to busy ourselves in beneficial deeds and in His remembrance and protect us from always longing for other people, aameen.

One thought on “The Repentance of Three Immoral Girls”