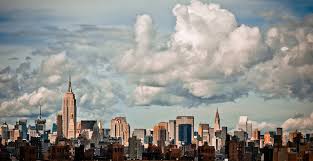 Sara had a habit of reading a lot of Du’as. She would pick her D’ua book and browse through the categories listed. She knew there was Du’a to be recited when entering a new place, to benefit from the good that it contained and to keep away from its Fitnah. She quickly memorized the Du’a and made a mental note to recite it upon landing. She kept reciting other words of remembrance as Allah subhanahu wa ta’ala had shown her what results a strong resolve and faith in Him brings. She had nothing to fear as long as she was clear in her head.

The flight was at 2:00 a.m. Not many people. Sara felt relief. No awkward glances or cold shoulders. The female airline staff invited her inside their cabin for photo identification. Sara again thanked Allah subhanahu wa ta’ala for the privacy they offered and their conduct. They were polite and respectful.

Inside the plane no one cast an eye upon her. There were people of all ethnicities and no one bothered about other’s choice of wear. She was treated as gracefully as the other passengers and made to feel at ease. Where is the discrimination, Sara wondered. There were no embarrassing security check-ups or criminal investigation by the immigration officers. The entire process was smooth and comfortable. Sara, however, did not let go of Du’as.

Landing US, Sara again waited to be asked to stand aside because of course she was covering up and a potential threat, as her fellow citizens liked to remind her. To her surprise, everyone just rushed to the belt to collect their luggage and headed home. Not a single soul turned around to look at her. She was one of the many among them.

Sara collected her luggage with her family and left the airport. The security guard at the exit gate greeted them with a warm, Asalaam o Alaykum. What a warm welcome it was! I meet the first person in this new town and they turn out to be a Muslim. SubhanAllah!

Before they could head home, Sara’s family had to pick some essentials from a drugstore. Now was the time Sara would actually get in contact with the real Americans. Now was the testing time for her. Sara entered the store with her family and tried to hide herself in the many aisles so as to make herself disappear. Soon one of her family members sought help from sales assistant for an item that they could not find. The assistant casually walked up to them, pointed to the correct aisle and went her way. No signs of agitation shown. The check-out girl turned out to be a Muslim. She greeted them with Asalaam o Alaykum as soon as she saw Sara. Sara began feeling proud of herself. She was after all a Muslim and her attire or conduct should represent that.

Her family tried to hide her from the crowd, being protective about her. They still feared harassment and insults. Sara, however, did not consider herself a threat. She would greet the ladies that greeted her, smiled even if it could not be seen and remained confident. She wanted people to approach her and ask any question they may have about Islam or the Muslim women. Allah subhanahu wa ta’ala had placed her between them so that she can be a mean for their entering into Islam. She could not invite them into Islam or show them what Islam is all about if she was sidelined. She requested her family to at least give her a chance, and Alhumdulillah they agreed.

They visited public parks and malls, and were greeted with friendly smiles. People walked by their side without a scowl or scare. Sara held her head high. She was not here to harm them. She felt at ease with them making Du’a for their guidance in her heart.

As the family began settling in they were invited to community dinners. And it was among her people that she felt uneasy. Seeing her attire, the conversations were automatically about Hijab in the US and how the Desi families were leaving their roots. Yet she was discouraged from wearing it in the public because it terrorised other people. She was told she could never hold a job or be a contributing member in the society because people will be scared of her appearance. Sara was content with her decision to cover hence their scares did not affect her. She politely smiled at their opinions and made Du’a for them, for it was this habit of hers that had eased things for her. She recalled, “It is You (Alone) we worship and You (Alone) we ask for help,” (Qur’an 1: 5). Sara did not want to participate in this conversation. She neither wanted to be seen as holier than thou nor gossip about others. But she could not separate herself from them either. Her teacher had advised their class not to completely abandon those who appear to be a little distant from the religion. It could be that we are their only mean to come closer to Allah subhanahu wa ta’ala. We should all reflect on what nurtured religion in us. Some of us were lucky enough to be born in educated and practicing Muslim families while others met a mentor at some point in their lives. We could be that mentor for others too. Sara relaxed herself and quietly listened to all of them. May Allah subhanahu wa ta’ala allow them to understand the essence of Hijab, she prayed.

On the way back home, she made Du’a for herself and them; to be blessed with righteous companions who encourage us to remain steadfast in religion; those who inspire others and also took care of their faith. She knew Allah subhanahu wa ta’ala answers when asked.