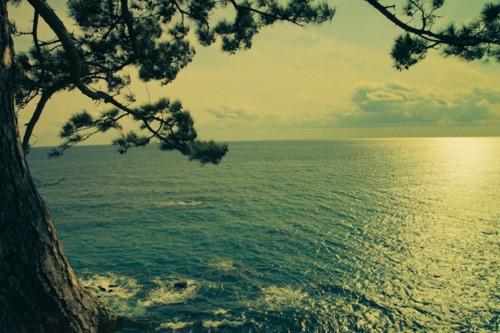 Patience — the Condition for Our Success

The dictionary defines patience as “the capacity to accept or tolerate delay, trouble, or suffering without getting angry or upset.” Therefore, we learn patience is not keeping quiet while holding a grudge in our heart or it is not patience when we are complaining to people about our state and declaring we are being patient.

[Be Patient for the Sake of Your Lord]

Our friends bring their problems to us. They have issues in their personal or professional lives. The consultation with us can help them determine their plan of action. What advice do we give? Do we tell them the Sunnah way to address a problem or do we help them plan the best strategies to backfire?

Shaytan tricks us into committing actions that we would regret later. He incites us to pick the most extreme resort that will do us no good.

Help your friends in drawing closer to Allah subhanahu wa ta’ala. Prayer is the only compulsory worship that must be done every day. And yet, it is the most common thing to be compromised. Employed friends complain of not finding time to pray at work. Stay-at-home friends complain of unable to pray on time because of the house chores. What can you suggest to be always conscious of praying at time? What is it that they need to change? Can we cut down our lunch break? Stay a little late or leave a little early to join prayer in the mosque? How can the women organize and simplify their lives to give more time to Allah subhanahu wa ta’ala than they give to the chores?

[The Etiquettes of Learning and the Story of Prophet Musa]

In a Qur’an class, the teacher asked her students how they managed time for the Qur’an. One said that she stopped cooking fancier meals and only picked those recipes that were less time consuming. Fancier meals were limited to special occasions only. Another said that she no more spent too much time on social networks or phone, her loneliness was replaced with the Qur’an, Alhumdulillah. Somebody shared that by preparing a grocery list in advance the trip to grocery store was shortened, and money saved. Some managed laundry over the weekend others found it easier to do small loads every day.

Our friends are tested with halal jobs and halal relationships. How do we help them?

A friend is unable to find a halal job for long. He has now been offered a bank job. He calls you for advice. What are you going to say? Help him see that this is a test and he should not choose something that has been declared as war against Allah subhanahu wa ta’ala and His Messenger salAllahu ‘alayhi wa sallam. Assist him in his job search. Connect him with people who are in search of the skills or experience that he has. Help him identify his strengths and whether he should consider a career switch instead of picking up the impermissible option.

Our single friends complain of their parents’ inability to marry them off. As recourse to their plight they have now taken the responsibility on their shoulders. They are in an impermissible relationship with hopes of tying the knot in the future, or perhaps they are just flirting until the right one comes. How are you going to react? Friends take pleasure in their friends’ romantic indulgences. A big question arises, is this even permissible? Our listening to it, our enjoying the tales, and our indifference to their condition? What kind of a friend are we?

We should stop our friends right away, drawing wisdom from the Sunnah of Rasoolullah salAllahu ‘alayhi wa sallam. Our Prophet salAllahu ‘alayhi wa sallam had a fatherly way of correcting other people’s mistakes. He was not a controller of other people’s lives but rather their well-wisher. He took their sufferings as his own and genuinely cared for them. How can we help our friends get out of impermissible acts and be patient with the decree of Allah subhanahu wa ta’ala? How can we make the marriage process easier for them? Do they have too high expectations or have they lost time in focusing more on building a career and getting education than establishing a house first? How can we help them now?

While at one side we have an increasing number of singles, there are married couples allowing their marriages to fall apart. Financial constraints have been pinned as number one issue. A friend is in the early days of her marriage. She complains of her husband not giving her an allowance. How do we address this problem? We can tell her to wait for sometime as the husband now has additional responsibilities or we can suggest that she must pick up a fight. When this happened with a friend and she took the matter to another friend, the friend suggested that she must take divorce immediately. Shocked, the first friend did not approach the latter again. Later it was discovered that the latter friend had herself separated from her husband over a domestic dispute. While divorce is not forbidden it is neither the first nor the only resort to one’s problems. Marital issues are again a test from Allah subhanahu wa ta’ala. Infertility, an uncaring spouse, over controlling in-laws, financial constraints, accusations and fights, or irreligiousness of one member are all tests from Allah subhanahu wa ta’ala. These tests alleviate our status before Him. We cannot choose a path that pleases Shaytan and expect our lives to be fixed.

When Prophet Yaqoob ‘alayhi salaam was tested by none other than his sons he said, “I only complain of my suffering and my grief to Allah,” (12: 86).

By being patient with His decree, and trusting only Him not only are our family problems protected from being discussed by others, but our self-respect too remains intact.

Allah subhanahu wa ta’ala reminds us that we must turn to Him in pain and anger. He tells us, “Seek help through patience and prayer,” (2: 45). He continues on to say that indeed this option is difficult except for those who are humbly submissive to Him. Who are these people? The Qur’an tells us that they are those, “Who are certain that they will meet their Lord and that they will return to Him,” (2: 46). They do not see this world as the end-all. There is a world after this, and in that there will be no pain or sorrow but our position in that largely depends on our deeds in this world.

Therefore, as friends not only do we remain patient with our tests, but we advise others the same.  We will be tested in reminding our friends to be patient. They will make fun of us, not listen to us, and not change their attitudes, and so on. Here, we have to be patient with them. We will have to remind ourselves that this is our duty according to Surah Al-Asr, and our success depends on it.

In Surah Yaseen (36: 20-27), there is a brief mention of a man who enters a city where people were denying the messengers AS. He comes and urges them to follow the messengers AS and worship Allah subhanahu wa ta’ala without associating any partners with Him. The people killed this man but Allah subhanahu wa ta’ala rewarded him. “It was said, ‘Enter Paradise.’ He said, ‘I wish my people could know of how my Lord has forgiven me and placed me among the honored,” (36: 26-27).