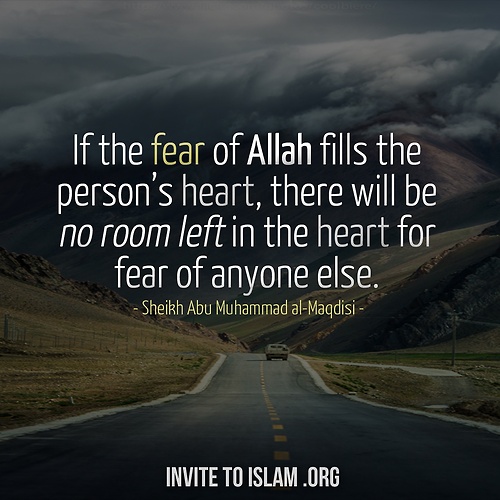 When the companions of Rasoolullah salAllahu ‘alayhi wa sallam, came to him complaining about the doubts and whispering they said, “We find in our hearts things that none of us dares utter.” The Prophet salAllahu ‘alayhi wa sallam replied, “Do you really find that?” They said, “Yes.” He said, “That is clear faith.” Their hatred of that whispering and their rejecting it was a clear sign of faith. Without having emaan in their hearts they wouldn’t have been able to distinguish Shaytanic whispering from the truth.

The scholars elucidate that Shaytan only whispers to people of faith. It is similar to a thief who only robs homes where he knows he is going to find something. For what work does Shaytan have to do on people deprived of faith? He can toy with them whenever and however he desires.

Adherence to the Qur’an and Sunnah

One cannot work on their emaan unless they know what is in the Qur’an and Sunnah. Adherence to the Qur’an and Sunnah, therefore, in word and deed is our path to salvation. It annoys Shaytan immensely as Abu Huraira radhiAllahu ‘anhu told us. He said, “When the son of Adam recites an ayah of sajdah [prostration] and prostrates, the Shaytan withdraws weeping, saying, ‘Woe to me, the son of Adam was commanded to prostrate, and he prostrated, so Paradise will be his; I was commanded to prostrate and I disobeyed, so Hell will be mine.” [Saheeh Muslim, 133]

Adherence to Sunnah means following the footsteps of the Prophet salAllahu ‘alayhi wa sallam in our day to day matters, such as reciting the name of Allah subhanahu wa ta’ala before beginning our meal and always eating with our right hands. It also includes remembering Allah subhanahu wa ta’ala and our death before lying on our beds and sleeping in a state of ablution.

[The Importance of Following Shariah and Sunnah]

While Shaytan tries to scare us, Allah subhanahu wa ta’ala comforts us by saying,

By saying this Allah subhanahu wa ta’ala freed us from all worries and concerns. At another place He said,

The remedy against Shaytan is therefore, remembrance of Allah subhanahu wa ta’ala.

Our Prophet salAllahu ‘alayhi wa sallam and his companions radhiAllahu ‘anhum remembered Allah subhanahu wa ta’ala abundantly and sought His protection in all matters of life. We also read that Shaytan was so terrified of ‘Umar ibn al-Khattab radhiAllahu ‘anhu that he would change his path upon seeing him.

One can remember Allah subhanahu wa ta’ala by keeping their tongues moist with dhikr, or by reciting specific du’as for different occasions.

Some examples of these du’as include reciting the morning and evening words of remembrance. These not only protect us from waswasahs but also remind us that we are actually in Allah’s control. Nothing can harm or benefit us unless He wills.

Other du’as include seeking refuge with Allah subhanahu wa ta’ala specific to events.

When angry we are not in control of our tongues or our senses. There is a fear that we might say or do something that might not be quiet pleasing. Therefore, we say,

“I seek refuge with Allah from the accursed Shaytan.”

A general du’a can be:

“I seek refuge in the perfect words of Allah from the evil of that which He has created.”

Islam encourages its followers to keep clean and maintain proper hygiene. Therefore, when we enter the washroom we are taught to recite:

“O Allah, I seek refuge with You from the male and female devils.”

Reciting mu’wadhatayn [Surah al-Falaq and an-Nas] is another tool to be in Allah’s protection from the evil of everything that exists.

“And who is better in speech than one who invites to Allah and does righteousness,” [Fussilat 41:33]. Be in the company of those who remind you of Allah subhanahu wa ta’ala. You might not like how they dress up or how their idea of entertainment is restricted but you cannot do yourself a greater favor than being with those who are spiritually alive. These friends would not only connect you with Allah subhanahu wa ta’ala but also help you recognize who He really is. A sad fact is that we do not even know who Allah subhanahu wa ta’ala is. We know that He is our Creator but how much He loves us, what He desires for us or how He controls our matters remains unknown to us unless we study about it.

[Friends in the Light of Surah Al-Asr]

Take control of your lives and ignore the whispering of Shaytan. He is only confusing you. Know that you are in Allah’s protection as long as you are connected to Him and calling up to Him. Remember Him and He will remember you.